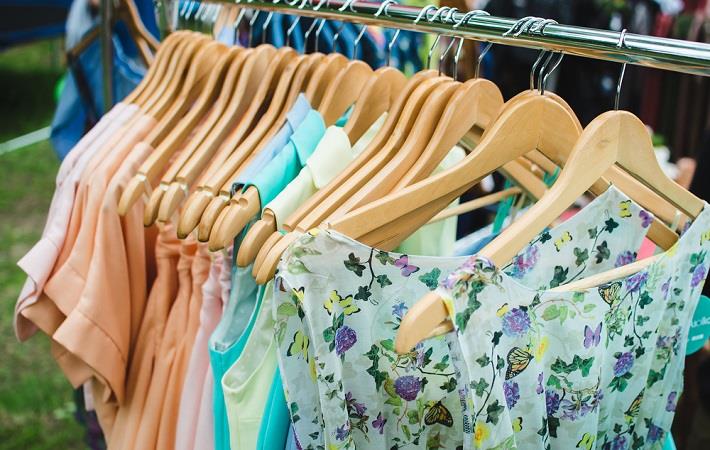 Pic: Shutterstock
The Clothing Manufacturers Association of India (CMAI) is taking the 71st National Garment Fair online. The fair will be launched online on September 10, 2020 by Union textiles minister Smriti Irani. The fair will have 250 participants, and close to 20,000 retailers are expected to visit the trade event, that will continue till September 20.

The National Garment Fairs (NGFs) not only usher in the new season, but have often played the role of turning around the mood of the industry – with its showcasing of new trends, brand launches, fresh innovations – and bringing in its wake a new excitement and energy. In the current situation of agonisingly slow recovery, such a change of mood is keenly required, CMAI said in a press release.

As per the CMAI Apparel Consumption Study, conducted with the assistance of AC Nielson, India’s premier market research agency, the size of the domestic market before covid-19 crisis stood at ₹6.5 lakh crore. The survey was conducted over a sample size of 80,000 plus households.

CMAI estimates that the consumption will go down by approximately 30 per cent in the year 2020-2021. Various surveys conducted by CMAI over the last few months also indicate at least 20 per cent of respondents shutting business unless markets improve substantially. It is estimated that most manufacturers have also planned a reduction in employee strength by 20 per cent to 25 per cent. "Considering that the garment Industry employs around 12 million people, this reduction amounts to an alarming figure," the release said.

The biggest issue confronting the domestic market is the slow recovery of consumer sentiment, and hence the strong decline in domestic sales. The market is expected to revive to around 70 per cent of previous year’s levels by the 3rd quarter, with the festive season setting in. "It is to take advantage of this partial recovery that CMAI is planning the 71st NGF, and it is expected to kick-start the season once again," the release added.

This month, CMAI is also launching a Mobile Catalogue App in partnership with Quick Sell, which will enable its members to maintain a 24x7 connect with their clients with their products, their promotions, and their developments digitally.

The Clothing Manufacturers Association of India (CMAI) is taking the 71st National Garment Fair online. The fair will be launched online on September 10, 2020 by Union textiles minister Smriti Irani. The fair will have 250 participants, and close to 20,000 retailers are expected to visit the trade event, that will continue till September 20.
More The Clothing Manufacturers' Association Of India News... More Textiles News - India...

India's Cabinet chaired by Prime Minister Narendra Modi has given its ...

Print production technology will continue to evolve, and new...

Value of 'Made in India' should get more importance

Estimate loss of $8-$10 billion in turnover

Headquartered at Singapore, Crocodile is a global fashion and lifestyle...

MIP is a manufacturer and distributor of high-performance textiles and...

Twinery-Innovations by MAS is the innovation arm of Sri Lankan company MAS ...

A team at the Tufts University in Massachusetts was recently in news for...

Artisan Saga, founded by Kaushik Rajani and Seema Agrawal, is an online...

Anjali Bhaskar has an experience of 12 years in the fashion industry. She...

Submit your press release on

Subscribe today and get the latest update on Textiles, Fashion, Apparel and so on.